Congratulations to OLPH Class of 2019 for earning more than $200,000 in high school scholarships! | OLPH School
Powered by Ajaxy

Congratulations to OLPH Class of 2019 for earning more than $200,000 in high school scholarships! 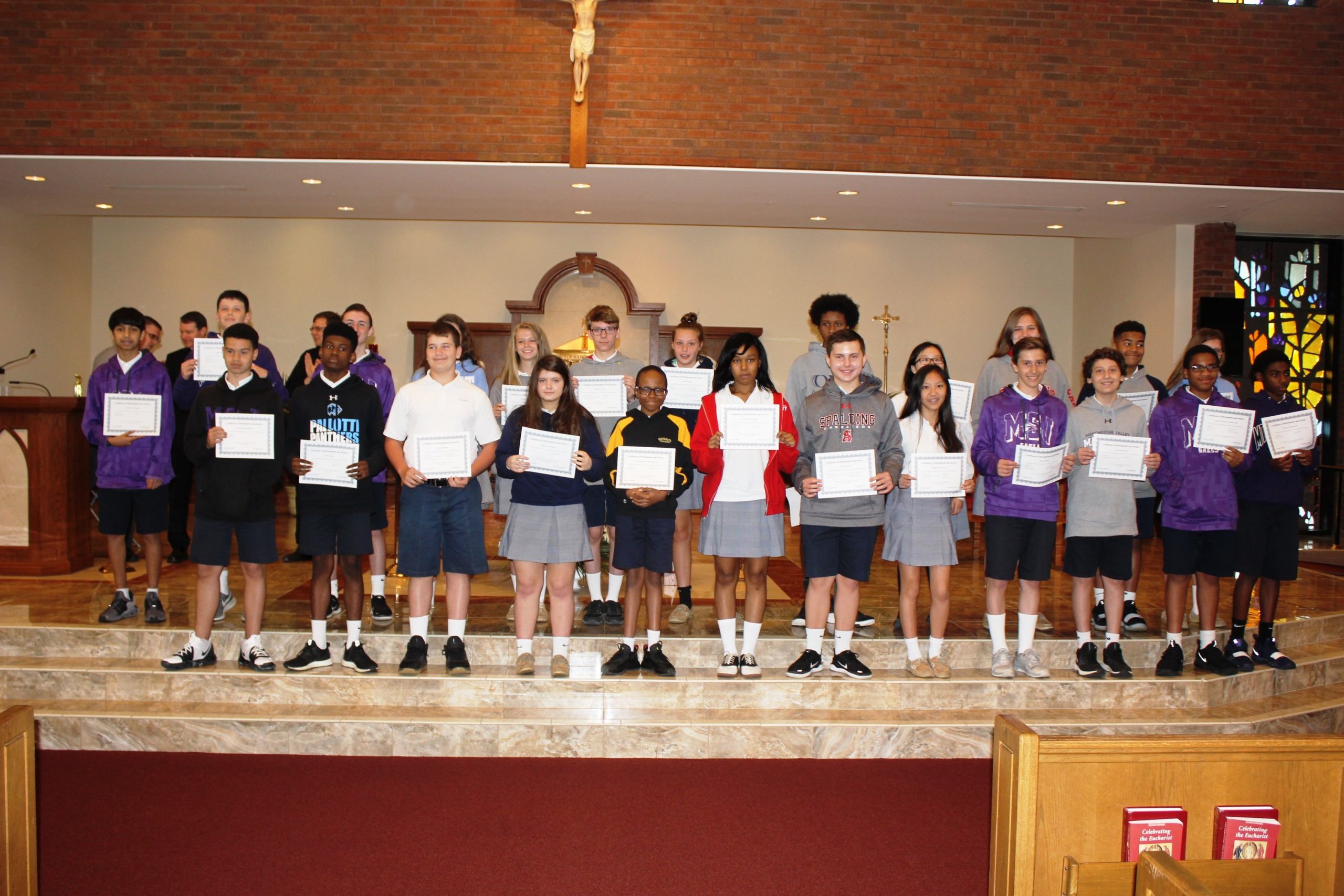 Anna Dang will attend Mount De Sales Academy. The school offered her the Father Duerr scholarship for half of tuition and the St. Cecilia music scholarship for $1000 per year. Anna earned the prestigious Knott Scholarship for full tuition for four years, valued at approximately $60,000.

Patrick King will attend Mount St. Joseph’s High School, where he has received the James M. Kelly Scholarship of $5,000 per year for four years.

Addison Brevenik will attend Archbishop Spalding High School, where she was awarded the Leadership Scholarship, a recurring award over four years for 25% of annual tuition, valued at $18,000.

Maggie Kocorowski will attend Mount De Sales Academy; she was offered the Fra Angelica Art Scholarship for $1000 per year. She was also named a Carson Scholar, which provides a $1,000 renewable scholarship each year towards college.

Isabel Grochmal earned the Falter Scholarship of $1,500 per year from Mount De Sales Academy, where she will attend this fall.

Faith McCullough auditioned and interviewed for Friends School of Baltimore and Baltimore School for the Arts. She received awards from both schools, and will attend BSA.